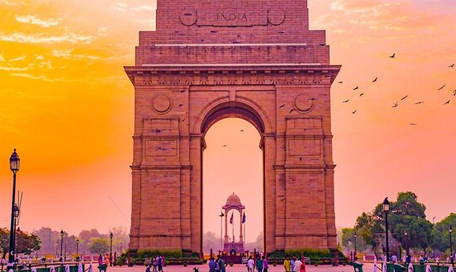 A majority of travelers are overpowered with the very idea of choosing India as they get their first India travel plan to be put into action. However, India isn't a beast that should be handled or subdued. It is an otherworldly zoological display, a departure into the colorful and a spot to separate all our western shows and assumptions. Consider it like a crate of perfect handcrafted chocolates. You wouldn't pack them all in on the double. You do it in a manner by starting with understanding its nature & composition, and then move on to enjoy every one, savoring the flavor of each bundle introduced to you. So let us take you through the surreal journey of India which is very predictable in nature and welcomes with open arms and heart.

Always considered a best start, Golden Triangle tour India is the most favored tour plan that has layers of culture, tradition and heritage blended just in perfect way to give quite a picture of glimpse of India. The three cities of Delhi Jaipur and Agra are covered in this tour plan that is almost equidistant from each other. The best way to explore these cities is to hire a car & driver rather boarding plane because the real fin of exploring the beauty of will get missed if you do not stop by at Abhaneri and Fatehpur Sikri on the way to Agra from Jaipur.

The hard core traditional art and crafts of India is mostly confined to the  small villages and towns that gets overlooked due to the reason of non-popularity or due to the lack of time to go in that much of detail. But individual who are actually craving to dive deep in to the centuries old traditional crafts of India, picking up places that are off the radar is best way to start with. Mostly the products that are available in the major cities under the category of “handicrafts” are mostly prepared within cities only that are why they lack that touch. Traditional handcrafted painted or lacquered glasses and glassware’s, pashmina shawls, embroidery work, woolen handicrafts, baskets and many things that are exclusive to hand work can be typically spotted in small villages where artists are working and striving hard to keep their age old craft alive and going.

Pick up hiking on Western Ghats

It is not necessary every time when idea of hiking come up to your mind, picturing Himalaya or biking tour to Ladakh is a must for picturing “hiking in India”. This is cliché! You may have heard of Kerala about its abundantly astonishing natural beauty but have you ever considered taking a hiking trip to the Western Ghats that are Biodiversity hotspot that is like a heaven for hikers, bikers and adventure seekers. For experiencing best Indian holidays considering this part of India trip is quit a suggestion.

The only thing, that has remained undividedly and undoubtedly pure and in the same form as they were since their inception, is the tribal communities in India. It is not like government and people are not concerned for their upliftment because they are continuously making efforts to bring them at par with other communities. But respecting culture of some close knotted communities it is better to let them stay the way they enjoy their life. Such a trip is the best one to feel the rawness of their culture. Bonda Tribe of Odisha, Bishnoi of Jodhpur, Muria Tribe in Jagdalpur are few examples that must be considered for planning a tribal trip to India.

For making the dream of travelling through the most beautiful villages of India, Rajasthan is the best pick for planning and making a best ever cultural tour of Rajasthan. Because it is the villages and rural part of Rajasthan that makes it so vibrant, and are true custodian of historic traditions that has shaped the very ambiance o this royal state and Rajasthan tour packages 7 days could be the one to plan a trip.   The activities that can be enjoyed during this trip are camel safari, horse safari, art & craft tour of villages, heritage walk through the rural life, capturing ruins of forts & palaces and living a gamut of gorgeousness while indulging in the dance and music of locals.